The skinny on trans fat Part one

High fat, low fat, fat fat fat.
Good, fat, bad fat, feel like a rat.
What to eat, and what to not.
Which will keep, which will not.
My brain is going all around.
If I pick the wrong one, I'll be in the ground.
Help me please, cause I don't know.
Which fat to use and which should go. 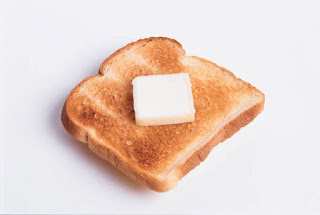 I penned this little ditty to express my feeling about the world we live in. People get so excited about what is good and what is bad for us to eat. There is so many differing opinions out there. It is enough to drive one crazy. I have avoided it by going simple and natural. If I understand it I will eat it. Simple foods like butter, made from cream and salt. Extra virgin olive oil, pressed straight from olives. Coconut oil straight from the coconut. These things I understand, but Margarine, trans fat.... this is all too much.

It is all begins with money; oh yes, money of which it is written; "The love of money is the root of all evil"  In my discovery of margarine vs butter there is a story told. It goes something like this. Margarine was invented in America by turkey farmers wanting to quickly fatten up their flocks to keep up with the demand for the  Thanksgving table. They knew that fat had twice the calories per gram as compared to other foods. They pumped cheap oil full of hydrogen to make it firm enough for the turkeys to eat, processed it into pellets, and proceeded to feed it to the turkeys which killed the entire flock. Not wanting to lose all the money invested in this project they processed it into something that resembled butter and fed it to the people. This is a bunch of crap, or is it?  The story makes for  a  great headline for those advocating real butter.


The truth does have to do with money. Let us take a trip back to 1860's The French were looking for a cheaper way to feed the men in the Navy. They held a contest to see who could come up with a cheaper substitute for the more expensive Butter.   In 1869 Hippolyte Mege-Mouriez of Provence, France, patented a butter substitute made from beef fat and other ingredients. He named this substance "margarine" since he had used the fatty acid component, margaric acid. Margaric acid looked like pearly drops so its discoverer had named it after the Greek margarites, meaning pearl.

This stuff called margarine took off around the world.  People were making real profit from it, often passing it off as real butter.  Here in the United States this new stuff  called margarine caused a nasty war between the dairymen and the men  making margarine. In 1886 congress passed the federal margarine act. It regulated the sale and distribution of margarine. I have included a link below to that document along with a history of the war on margarine. It is interesting reading.

Margarine really took off again in the 1920's and became widely acceptable with the advent of the great depression and the subsequent world war. It was affordable, and available. (dairy was scarce at this time).  During this time it is being developed and changed to be made with vegetable oils as compared to the beef fat, but nobody seemed to notice, it was cheap and fed the family and kept them from starving. By the time the depression and the world wars were over many had forgotten the fight between butter and margarine.  Margarine was becoming a part of every table. The ban seemed to  be useless, the people had spoken; they wanted margarine over butter. Congress removed the ban in the 195o's

In the 1950's another  important thing took place. Ancel Keys published studies about the lipid hypothesis. The American heart association began warning people about the dangers of saturated fats, and its link to heart disease.  People were urged to not eat animal fats including butter. A large portion of margarines are now being made with vegetable oils. It seems to be the perfect substitute for those who were avoiding saturated fats. Margarine  was being called wholesome and good. It was even hailed as a miracle food. It was going to change the world once again.

It seems perfect for food  for manufacturers to put into their products. It was cheap and ready to take on whatever flavor they choose. The people have already accepted margarine, now we have hydrogonated oils. That have replaced animal fats in our diets. Hyrdogonated oils are put into nearly all of our food including margarine. It has become a staple in our diet. This produces a whole new problem when It is discovered that hydrogenated oils and the margarine made from them do not have the same effect on the body as the  margarine of the past.  And now a new war ensues.... the war on trans fat.  Come back in the next couple of weeks when we will talk more about it.

In the meantime here are some interesting links with more info on the subject.


why has the war on margarine stopped?
margarine act of 1886
history of the war on butter