This is a great recipe for classic cream puffs. At one point in time I quit making these because they did not fit into the "healthy" view I had.  Full of fat, eggs, and dairy, they were on the "taboo list".  Today they fit into my life just fine. I know that real dairy fat and eggs are not the trouble, but the kind that you buy in the store full of hydrogenated oils, egg substitutes and artificially flavored "whipped cream substitute" are troublesome. You have to make them yourself or buy them from a reputable shop that makes them with real ingredients. These are really simple and easy to make. Plus, they are a bit sweet yet not loaded with sugar.  My kids love to watch the magic happen as they puff up in the oven. 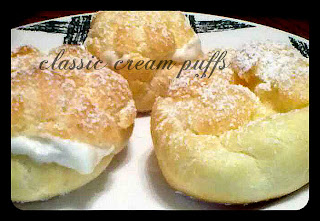 For the puffs
1. In a medium saucepan bring the water and butter to a boil
2. Add the flour all at once. Cook and stir with a wooden spoon until the mixture forms a ball
3. Remove from the heat and let cool for ten minutes
4. Add the eggs one at a time, beating with a wooden spoon after each egg
5. Continue until all eggs are incorporated
6. Drop rounded Tablespoons of dough onto greased baking sheets placing them about 2 inches apart
7. Bake in preheated oven for about 20-25 minutes until puffed and golden brown
8. Cool completely
9. To fill, cut the tops off the puffs with  a serrated knife
10. Remove any soft dough from the inside
11. Fill with desired pudding, whip cream or ice cream.
12. Replace tops, and sprinkle with powdered sugar as desired.
13. Once filled; chill, then serve within 2 hours.

Wow! what a journey it has been that last couple of years.  I was having several symptoms and issues. I was not feeling quite right. I went to see a doctor. When I called to make an appointment they asked, "what are your symptoms?" When I blurted out seven or eight things, I was told to pick the top three because there was not time to address all of my issues in one visit. I was told that the doctor would address the top three things and then we could make subsequent appointments to address the remaining issues. I attended the appointment and was told that two of the issues were not really anything to worry about was given a prescription to help with the third issue and sent on my way.  I felt that I was just a face in the crowd dismissed with,  "you are getting older, it is all a normal part of aging. Come back and we will find some prescriptions for the other items on your list" Following this experience and others, I did not return to that doctor nor to traditional healthcare. 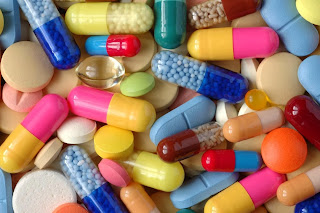 Traditional healthcare has gotten out of hand. It is all about management of symptoms. Healing is not really  in our medical vocabulary. management of symptom is the main focus of attention.  It is all about what symptom can we manage with this drug or that drug. There are very few doctors that look for the underlying cause of symptoms and actually try to heal and get rid of the symptoms rather than manage them.  It has become a game of what symptom do you have? Let's see what pill we have for that?  Healthcare workers  have become pill pushers to the max.  We cannot blame the doctors, nurses and health care workers. they have been trained that way by the drug companies and society itself. 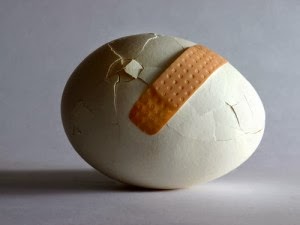 Our society has come to believe that a drug "Band-Aid" is enough. Cover up the symptoms and it will heal on its own. Getting to the root rather than covering up symptom after symptom is crucial, yet that is not the way we are trained to think about it.  There is an old Chinese proverb that says "For acute pain and symptoms treat the branch, for chronic conditions treat the root"  We are treating everything at the branch level. There are very few that are looking for the root cause.  It takes time and energy to find the root, and it usually requires change.  So often it seems easier to slap on a bandage and hope for the best. Change is not easy.

So often we are resistant to change. We go to the doctor and think to ourselves, "I hope he doesn't tell me that I have to lose weight, or eat better; I know that already,  I just want him to  give me something to feel better."  I went in wanting to feel better. The answer that I was aging normally and that I could come back often to the doctor and get prescriptions to manage my symptoms was not acceptable to me. I did not want to come back again and be told that it was normal aging.  I did not see it working for others. I saw more pain and more pills.  It was a path I did not want to be on.   I chose a different path.  I started to research my symptoms.  I invested some time and energy into finding out what was going on with me.  I made myself priority for a short while.

I came to the conclusion that I had a thyroid issue. I had seen it with so many others. Go to the doctor get on thyroid meds for life. That was not acceptable to me.  I just felt that it was not the answer. Sure the drugs would help for a while, but I did not want to be just another number in the crowd. I did not want to be on a drug for life. I started on some natural things. They helped but I still felt that it was not enough.  Although it was natural, it was still  just symptom relief. I needed to know what the real trouble was. My body was not working properly  and I wanted to know why! I got upset about it.  In a process of learning and discovery, I  found that my Adrenal glands were fatigued from taking over for the thyroid, and that my mineral levels were low, and so on. The more I dug, the more I discovered that there were big troubles brewing waiting to show new signs and symptoms.  My body was failing and I wanted to know why. I needed to find out what the trouble was. 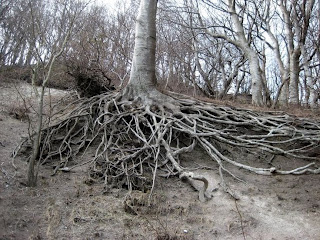 I have kept on digging, learning. I have become my own health advocate. I now know that the root of so many of the problems and symptoms that are showing up in my life are due to my digestive system being out of sorts.  (It was not normal aging and not perimenupausal symptoms like people were trying to tell me). My digestion has been out of sorts since early childhood and became more out of sorts after having three babies close together.  I feel that many of the things now showing up in my life are due to the fact that I have not been getting the nutrients out of my food. My body is starving for nutrients.

I HAVE FOUND AND EXPOSED MY ROOT TROUBLE, NOW ON TO THE HEALING.

It is a process.  There are many changes to be made. I am well on my way I have made some great dietary strides I am eating better but it is not as effective as it should be because I am digesting only a small portion of it. Once I get to where I am digesting better my body will have what it needs to heal.


What about you?  Are you becoming your best health advocate or just going with the system?
What is the root of your troubles?  Are you on a path to great health?  leave a comment below so that we can all learn together.
images courtesy of Bing images
Posted by happy momma at 9:23 AM 13 comments: