The skinny on trans fat part 2


The early 1900's brought about many changes in our food system. The quest for cheap food has brought about changes in the last 120 years that are icredible. Margarine was just the start, it was followed by Crisco, corn syrup, artifical sweetners and a myriad of other things. 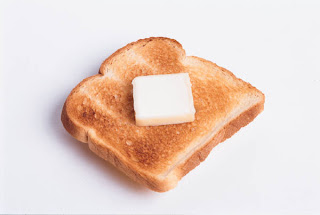 Crisco was developed by Proctor and Gamble who were brother in laws making soaps and candles. The cost of making of these items had been driven  up by a lack of tallow and lard. During this time cotton was big buisness. Procter and Gamble bought out eight cotton mills, the wheels began to turn, and with the help of a German scientist E.C. Keiser they were able to harden the cottonseed oil turning it into something that would work for making soaps and candles. This was great until they realized that the candle making business was on the decline due to this thing called electricity.

What next for the two brother in laws? There was a shortge of lard and butter.  People were starting to use this stuff called margarine instead of butter, why not sell this refined cottonseed oil that resembles lard as an alternative  at a fraction of the cost?  In a pure stroke of genius, they developed a cookbook to be given away with the cans of stuff called Crisco. Of course every recipe in the book contained Crisco. Homecooks loved the stuff. It was convienent and easy. They did not have to render out the lard and strain it to make it ready for cooking. This stuff was great. It was shelf stable and didn't go rancid like lard did.

First margarine, and now Crisco or hydrogonated oil. The popularity of these products  was really growing.  Hydrogonated vegetable oil was quickly making its way as a staple in the American diet.  In the meantime, heart disease started to take hold of the country. The government started looking about for what may be the cause. One thing they looked at was the introduction of hydrogonated oils into the food system. Could it be the trouble? It sparked a debate over healthy fat and unhealthy fats that still rages on today.

Dr Fred Matteson (who happened to be working with Proctor and Gamble) along with others, presented the US Government with research (The lipid hypothosis)  that seemed to point a finger at animal fat as the troubles causing the increase in heart disease. It was adopted by the goverment and the heart association. The heart association began to recommend that people consume less animal fats. All over the United States people started eating less animal fats. Low fat dairy had taken over and less butter was being used. Butter was being replaced by margarines made with vegetable oils as opposed to the original margarine.

Heart disease continues to rise along with obesity, and diabetes. Maybe this lipid hypothisis is not really it. Maybe it is these hydrogonated fats that are clogging our arteries and causing us troubles. By this point it has gone crazy. The governement is researching which fats are good, which ones are bad, and the public decided that all fat is bad, thus the lowfat craze that swept the country a number of years ago. This was not the answer, people go even fatter on these low fat diets and heart disease is still not slowing down. So we are back to square one.

The people are begining to wonder what is going on. They are so confused by the information out there. Margarine is good one day and bad the next, the same with butter. The war between butter and margarine is getting old. It has been going on for so many years off and on. The only thing that has changed is that the American people are getting fatter and heart disease is still rampant. If is is these hydrdogonated fats causing troubles, we need to be concerned about more than just margarine and butter. Hydrogonated  vegetable oils have became big business. Mass food producers are making all types products using hydrogonated vegetable oils. It is cheap and has a long shelf life.

Hydrogonated oils are in nearly every food item on supermarket shelves in America. If these products are the problem how do we solve it? There are really no alternatives to hydrogonated fats, except for going back to animal fats. The food producers cannot afford to really change and start using animal fats again. It is too expensive, and a large portion of the public is convinced that animal fat is bad for you. The Heart association and others have been sold on the lipid hypotthosis, they have endorsed hundreds of products containing these fats. They are the main endorsers of many of these products. They have to save face. They cannot come out now and say, "Oh we may have been wrong."  Hydrogonated oils are really here to stay unless there is another major breakthough. We are started down a path and there is no turning back.

What to do; you can't ban all hydrogonated fats. It is not fesible. The government  needed a solution. This is the the solution and the theory being pushed on the public, There is already information out there about about good fats and bad fats.  The public seems to understand. They have been told of good oils and bad oils; saturated, vs unsaturated, and pollyunsaturated oils.  There are some  oils that are labeled and widely accepted as healthy. Let us used this to our advantage. Let us  hydrogonate some of those oils that have been designated as the "good oils".  We can tell them that hydrogonated oils are not that bad if made with the right kinds of fat.

The term trans fat is born and popularized. Trans fats are now the bad ones. They are the kind of fat you want out of your diet. Trans fats are made by hydrogonating the wrong kind of oils. Hydrogonated fat are acceptable as long as they are made from the right kind of "healthy oils". It is working well. The public eats it up. Trans-fat takes off as the bad villian in the fat world. The public starts crying, "We want better health, we want better labeling on products, we want to know what kind of fats we are eating. Out with trans fat."

After quite and extensive debate about what kinds of fats are acceptable and the levels that will fit into the requirements, they make it mandatory to label trans fats. Those who read the banners on fronts of packages and see "no trans fat" are happy. The public is apeased for now. But where does it go next. The people are not going to be apeased for long they are going to figure out that the a label that reads "no trans fat" is not non fat It still has hydrogonated fat and it is not really any better for you.  It is like the labeling of corn syrup. The label can say "no high fructose corn syrup" and there is still corn syrup in it, just not the high fructose kind.  The regulation and labeling of products is not in favor of the consumer. It is all about big business.

For a full lengh tutorial on trans fats and how they have changed the world, check out these two  links....wikipedia on trans fat  and Weston a price foundations Oiling of America.   There is  more information than most people will ever need on the subject in these two articles.
Posted by happy momma at 8:01 AM