Bulgar a how to guide

Bulgar what is it?  For many areas of the world bulgar is a staple of life. Bulgar is nothing more than wheat berries that have been cleaned, par-cooked, dried/toasted, and cracked into smaller pieces. For many it is confused with cracked  wheat which is just what it's name implies; wheat that has been cracked open. The two; although looking alike, cannot be interchanged. (Cracked wheat takes an awful lot of cooking to become edible.) 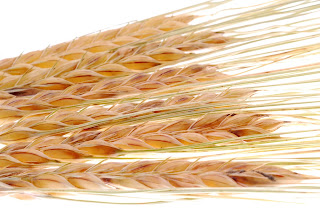 "Bulgur has been called by many names. The Roman word for it was cerealis; Israelites called it dagan. Other Middle Easterners called it arisah, which is how it was referred to in the Bible. Biblical scholars translate arisah as "the first of the coarse meal" and, according to Biblical archeologists, was a porridge or gruel prepared from parboiled and sun-dried wheat. The word bulgur itself has various iterations: burghul, burghoul, balgour and boulgur, to name just a few."  (taken from sunnylandmills.com)


What do you do with Bulgar?
Salads, soups, pilafs, stuffing, breakfast cereal, and as a meat extender are some of the most popular ways to use bulgar.

There are 4 basic ways to prepare bulgar

1. Non pre-soak method
1 cup bulgar
2 1/2 cups liquid
cook in a covered saucepan over low heat until all the liquid is absorbed about 20-30 minutes
remove from the heat and let stand covered for an additional 10 minutes the grains will dry out and will easily fluff with a fork

4. Boiled method
1 cup bulgar
3 to 4 quarts water
bring to a boil reduce heat and boil 20 minutes
drain the bulgar in a strainer and press the grains dry with the back of a spoon before serving


Once the bulgar is soaked or prepared, you can use it in a variety of dishes one of the best known is tabbouleh salad. In the United States it is most often used as a meat extender or made into a pilaf. Below are some links to bulgar recipes.


We did an experiment where we made our own bulgar. It was quite easy and the children loved helping to grind the toasted grain.

To make your own Bulgar

1. place whole wheat kernels in a pan
2. add cool water to cover by about 2 inches
3. bring to a boil
4. turn of the heat and let the wheat sit for about 2 hours
5. drain off the excess water
6. spread the wheat in a thin layer on a baking sheet
7. dry in a 200 degree oven for 6-8 hours until dry and crisp
8. crack the dried wheat to desired size using a hand grinder, blender, or morter and pestle. 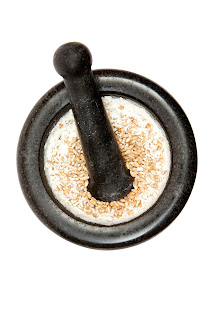 The kids really had a great time making the bulgar, and I got to use my new mortar and pestle that I got for Christmas. It was a fun experiment for all of us. Getting the children involved in the preparation of food is a great way to help them experience new foods.  I hope that you and your family will enjoy a new recipe made with bulgar.


shared at keep it real thursdays
Posted by happy momma at 11:40 AM