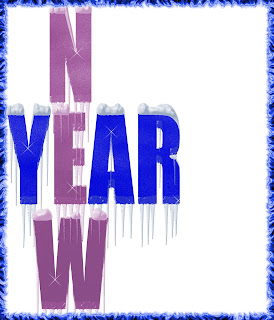 I thought it was a good idea to go along with several of my friends who's new years resolution is to have no new years resolution at all. I seems like such a stupid thing to make new years resolutions and then to forget them nearly as quickly as they are made. I have fallen into that trap many times. There us such a feeling in the air. I couldnt't escape, I could not get over those feelings; feelings like, "Why set yourself up to fail with all the others? This is stupid! Why bother; I make the same resolutions year after year.Why go along with the crowd, I don't want to give into pressure and make a resolution that I know I won't keep, but this is what we do. You are a failure if you do not even attempt to make a new years resolution. Come on, you have to have some kind of goal "  and  those thoughts go on. I have always fought back with thoughts of "I will make my resolutions later on in the year when I am more sure about it, and the hype has calmed down."


This year I knew it, I could not pass it off until later.  after all, putting it off til later It is just an excuse to not make new years resolutions. It has not worked in the past. There are some changes that need made. I have been gearing up mentally for months. I just needed a little nudge, I think that New years has given me the push to go forward. Now I am off and going on a resolution, how do I keep the momentum going. Check back next week as I share more thoughts about taking the new years resolution to the next level; going beyond January.


As an added note. I will be reading over Money saving mom's blog series "21 days to a more disciplined life". I began into the series as she was writing it. Things changed for me and I did not make it through the series. I remember that she has some great advice.