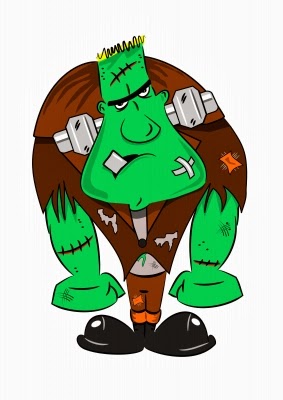 It all begins with a study or two. One that has really been in the fire because it essentially opened the door, is the study by Ancel Keys. Keys did a study on rabbits. It showed how cholesterol derived from animal products affected the rabbits health. There were some real troubles with this research. Rabbits are not made the same as humans. To start, they are not carnivores and their bodies are not designed to need cholesterol like humans. He also fed them pure refined cholesterol in super high mega doses. It really showed nothing useful, it was essentially bad research. It was crazy. But, he was a scientist and people didn't really question his research until later. But in the meantime, he really made a case for cholesterol being bad for human health and opened a "Pandora's box."


These lies were in part due to Procter and Gamble (inventers of Crisco). They hired Ancel Key's to do this research. With Key's help they could sell this stuff as a "healthy alternative" to butter.  They were able to get the heart association on board and WOW! What a journey it has been for the American people. This was just the beginning. The American people used to fight against margarine, now they embrace it as healthy. An article that really does a great job explaining the history of margarine and its effects is;  Our heritage of health, Why have we stopped the war on margarine.  With the heart association on board it opened the way for a whole new generation of people trying to make money. Billions upon billions have been made and fortunes continue to grow, all from this simple set of lies.

Now, enter cholesterol lowering drugs. Billions are spent to come up with a test to be able to asses the levels of cholesterol in peoples bodies. What is normal, what is high? In the beginning as the numbers were coming in, they really did not know. It became common that numbers over 300 may be considered high.  Now numbers over 200 are high and some are pushing that normal numbers should be well below 180. It is pure craziness. The more people on these drugs, the more money in their pockets. It is getting to the point that nearly everyone falls into the so called "high" category and only a small amount of people fall into the "normal" range. Think about it for a while, if only a small number of people are in the normal range, is that really normal? There are many doctors suggesting that people should take a cholesterol lowering drug, "just to be safe" and they have approved such drugs for our young people starting at age ten. Are our ten year olds really at risk for a  major heart attack?  Is it really helpful to put our children on these drugs for life?


This is insanity.  It is pure craziness. Our young doctors have been trained to believe that nearly everyone is at risk for heart disease because of high cholesterol levels. Many of them do not even know what the other twenty plus risk factors for heart disease are. They are handing out pills by the handful thinking that they are helping keep the American people healthy and free from heart disease.  It is not working.  I have heard people say, "My cholesterol is low, I am good, I am not at risk for a heart attack." Yet they are the ones that suffer heart attacks. Still others take these drugs and endure the side effects of these nasty drugs "to be on the safe side." These people end up suffering all kinds of side effects and end up with very ill health. Their health can become really bad from the side effects of these drugs and they feel terrible; but, they endure it because "I don't want a heart attack."  It is pure insanity.

What the drug companies don't tell you is that there is really only a small percentage of the male population that the drug is really useful and helpful for. These drugs provide a good advantage for older men who have had a previous heart attack. In these cases, the cholesterol lowering drugs are helpful and probably life saving, but for the rest of us it is not so. These drugs do very, little to prevent first heart attacks in men, and women especially do not have any real advantage by taking these drugs, and yet we are convinced that these drugs are essential to good heart health. There are so many other good things you can do that will lower your risk of heart attack ten times more than these drugs without the nasty side effects, but the drug companies want you to think otherwise. They are scaring us into their drugs.

Those that would make money from these lies make sure that it is right out there in front of your face, day in and day out. Can you go a day without hearing someone talking about their cholesterol levels? How often are we hearing ads on TV, radio, or seeing it on the internet? It is everywhere. They are keeping it in the minds and hearts of the people. The know your numbers campaign is working well. My 8 year old son asked me the other day. "what's your numbers?" Then he asked, "what's my numbers?" School age children should not have to endure this. It may at some point be checked in the schools and become routine like eyesight and hearing tests. Our young people have this number constantly on their minds and we think this is somehow normal? Is our health really measured in these types of numbers that really mean nothing?

I am in charge of my body and my own health. I will through my own wisdom and understanding come to a place where I am healthy and strong. I will not be influenced by those who have only their own financial interest in mind. I will seek out and listen to those who have my best interest at heart.
If this means seeing a different doctor who does not sound like an ad for these companies be it so. Your health is worth the investment of an understanding doctor who knows his stuff. You may have to have a talk with your current doctor and ask him "Is this pill really helpful for me, or is there another alternative?" If he sounds like the ads you see on TV, it may be time to let him go for your own good health.
Want more? Check out some of the great books on this subject you don't have to take my word for it.

This post contains referral links. This means that by clicking on the book links you are allowing me to refer you to Amazon to buy them. In doing so you are supporting the work we do here at life less hurried.  You can read the full disclosure by clicking the privacy policy tab at the top of the page.


This post is shared as part of real food wednesdays
Posted by happy momma at 10:11 AM

Email ThisBlogThis!Share to TwitterShare to FacebookShare to Pinterest
Labels: rants and ravings, your health