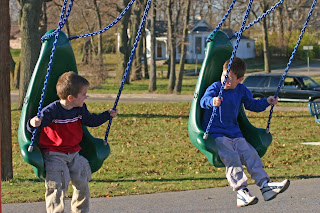 The other day while my kids were playing with a bunch of neighborhood children, fighting broke out. They were fighting over a toy. I pulled my children aside. I told them that we needed to share, or we would go home. I heard one of the Grandmothers comment about her grandson, "He doesn't have to share at home, they each have their own rooms and own toys,they don't have to share."  That comment really struck me.

A few weeks later I caught the end of a documentary on the television. They were speaking with a School Prinicpal who had made great strides in her school to clean it up. The school was in such bad shape it was a real problem. The building itself was nearly condemed. Once they cleaned the building up, they needed to get the teachers on board. They were no longer going to have some of the lowest test scores in the nation. In the process of it all they were shocked to discover that the children lacked the basic skills to be able to learn

They began with the simple things that the children should have learned early on as a toddler; things like, please, thank you, taking turns, and sharing. It was making a huge difference. They were having less distractions in the classroom.  The children were more focused and ready to learn. They were able to turn things around for these children. 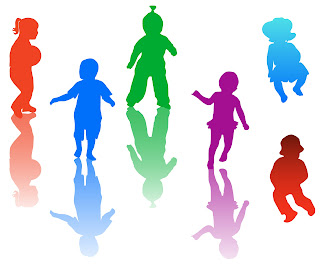 It takes a village to raise a child. My parents know this and lived it. They have spent countless hours working with the youth over the years. In scouts, as young men's and young women's group leaders in our church,as 4-H leaders and various other things. They were a part of the community. I remember them serving on the volenteer fire department. They contributed  to society and they taught us children to do the same. There have been many who have come back as an grown men and women and said to my parents "Thank you". They encouraged us to participate in such things as 4-H, and Youth city council. They wanted to give us a good start in life. I am grateful for that. Now that I am grown, I am making a difference in my family and community.

Teaching my children to be a good example to their peers is a good start. The other day I heard my three year-old saying to one of the other children "lets be caring and sharing" I was proud of her.  She learned that from my good example. We can all be a force for good in this world. We can make a difference, one child at a time. 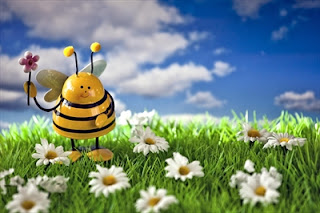 Now it is your turn. Go and make a difference in the life of a child.
Posted by happy momma at 8:26 PM